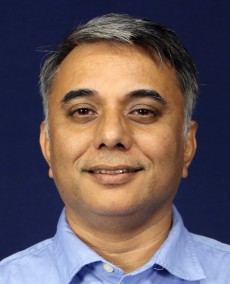 Workstation for Research on Micro Data from Census

The Directorate of Census Operations vision and determination to disseminate wealth of information gathered in the form of census data to the academic community and the general public at large for research and other related activities has resulted in establishing the first workstation at Jawaharlal Nehru University (JNU), New Delhi on an experimental basis.

The workstation at JNU has been a great success in terms of the interest it generated among the academic community and the response it received. Enthused by the performance of workstation at JNU, Dr. C. Chandramouli, IAS, RGI and Census Commissioner of India has envisaged an ambitious plan under the 12th Five Year Plan (2012-17) to disseminate census data. Subsequently, it was decided to set up the workstations at 18 Universities/institutions throughout the country.

The initiative to host the Census Data Workstation was taken by Goa University in response to the invitation received from Shri A. K. Wasnik, IAS, Director of Census Operations, Goa. Accordingly, the Memorandum of Understanding (MOU) for setting up the workstation was signed on 26 March 2013 by Mr. Mallikarjuna, Joint Director, Directorate of Census Operations, Goa (Left in the photo) and Prof. V.P. Kamat, Registrar, Goa University (Right in the photo). It was honourable Vice-Chancellor, Goa University, Dr. Satish Shetye, whose support and supervision made the workstation a reality and it was inaugurated on 7 March 2014 by Dr. Satish Shetye.

The objective of setting up microdata station is to permit qualified researchers optimum use of anonymized sample microdata from census for in-depth research. Workstation enables the researchers to have access to micordata which is not published by census. Interestingly, this facility would be available to all including those who are not part of the University system.

The Census Act 1948 stipulates that the information given by any respondent at the census is to be treated as confidential. Therefore, it is important to protect the confidentiality by masking the location and a few sensitive fields. After anonymising the record level data, the data set is made available for in depth research at workstations.

The specific rules approved by Goa University, Goa, and ORGCI, New Delhi for the users of Workstation for microdata from Census: