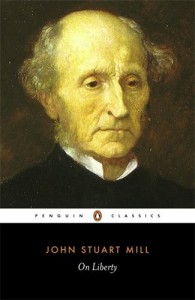 ‘Over himself, over his own body and mind, the individual is sovereign.’ To this ‘one very simple principle’ the whole of Mill’s essay On Liberty is dedicated. While many of his immediate predecessors and contemporaries, from Adam Smith to Godwin and Thoreau, had celebrated liberty, it was Mill who organized the idea into a philosophy, and put it into the form in which it is generally known today.

The editor of this essay, Gertrude Himmelfarb records responses to Mill’s books and comments on his fear of ‘the tyranny of the majority’. Dr Himmelfarb concludes that the same inconsistencies which underlie On Liberty continue to complicate the moral and political stance of liberals today.

Read this Blog in Hindi

Log in to the library catalog page with your student ID number and password. (Contact library counter for your password) You can renew and reserve books. Books are issued to students for a period of 7 days. You can renew them twice. Check books issued to you periodically and ensure that the books are returned to the library in time to avoid fine.